York gets ahead of the curve

When it comes to online technology, in the past many clubs found themselves having to adapt to e-mail and websites, usually playing catch up somewhat grudgingly with these new tools. Then when mobile technology arrived, it was largely greeted with mobile phones being banned and members told to take calls outside…

Getting York ahead of the curve

Club manager Mike Wells is the first to admit that as a traditional club York was typical, but when he saw how fast smartphones were becoming part of everyone’s lifestyles, he knew that this time things at York Golf Club had to change as well, and fast.

So when he learned about the new club members’ app Open Solutions had developed, he decided to grab the opportunity for York to be ahead of the curve. As he explains: “From talking to lots of our members and other people, I could see that in the world outside the golf club, marketing resources were being put into apps and smartphones in preference to websites.”

Mike continues: “At York as at many golf clubs, it’s always taken quite a while to adapt to new technology, but not this time. I made it my goal to get the club on board with smartphones and apps well ahead of the game, instead of watching everyone else get ahead of us.”

Time savings for the office

The fact that everyone was starting to use smartphones wasn’t the only reason; saving him and his team time was another.

Mike was acutely aware that many of the things members would drop in to the office and ask someone for – another member’s contact details, latest handicap and certificate, and especially proof of bar purchases and balances – were all going to be easy to find on the club members’ app.

Adopting the app now means that instead of dropping everything to deal with these time consuming requests, members of the office now say ‘Did you know you can find all this on the app? All you have to do is download it onto your smartphone!’

He adds: “The main request was for the CDH number and latest handicap, closely followed by someone wanting to check their bar card balance and us having to print out their last purchases to prove they’d really used up more than they thought!” They can now do that in a few seconds with a couple of taps on their smartphones.”

Topping up bar cards at home or office

Mike comments: “Another feature I really liked on the Open Solutions’ ‘native’ app was that members can top up their bar card and other accounts. This is something the competitors’ web apps can’t do. Top ups are another time saver, as members can do that 24/7 anywhere instead of having to do it at the bar when it’s busy!”

Most members have smartphones or tablets

With national penetration of smartphones being close to 90%, Mike reckons penetration amongst York’s membership is very similar: “I’d be very surprised if it was less than 80%, judging by all the members I see using them or using tablets, in and around the clubhouse. This degree of usage was another reason why I recommended York had to get its own mobile app.”

Mike’s also seen other opportunities for their new app, opportunities which are already in the Open Solutions’ development schedule.

As he outlines: “Food orders could be made using the app. We could set up the daily menus so that members could see their choices in the app, and then ideally with a couple of taps they could place their orders directly with the EPoS system, pay for them, and those orders would go straight to the kitchen. That would reduce the time the bar staff had to spend dealing with food orders, and be more efficient.”

He continues: “I’d also like to see our app letting our Associate ie. Flexible members see their own points accounts which are run within our EPoS system on their apps, as well as on the website, and then book their preferred tee time and pay with whatever points they had left.”

The beauty of apps is much more than just saving time and creating new membership benefits. As more and more club managers start to see things the app could do around their clubs, they will become much more influential in shaping the way mobile technology works for them and their members.

This is something the CEO of Open Solutions, Ed Beale, is very keen on, as he explains: “Traditionally, developers have had to push clubs into adapting to change, but now we see our customers starting to push us!”

Ed summarises: “The club managers will always know how things work best at their own clubs. That means we’ll be increasingly developing technology around what our customers say they want, and that’s a much better position for us to be in as successful providers of business solutions.” 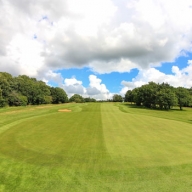 " It’s the best thing we’ve done at this club in the past few years. An app like this is putting historic and traditional golf clubs like Guildford right at the cutting edge of the online revolution when it comes to the way our members interact with our club."

For more information about any of our services, please complete our short enquiry form below, and one of our experienced team will contact you.
Alternatively call 01926 350350 to speak to someone now or email tammy@intelligentgolf.co.uk

* Required fields. Please note your personal information will not be shared with third parties.